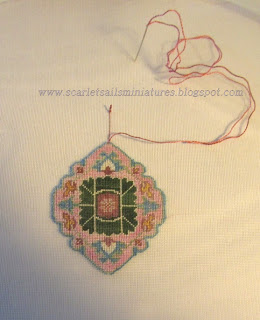 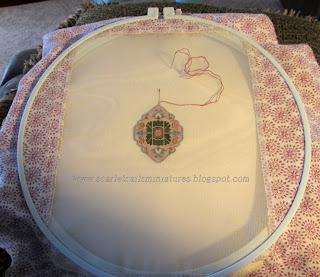 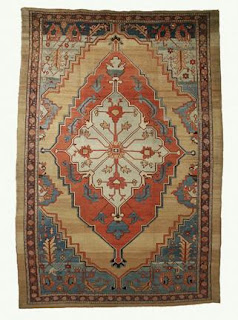 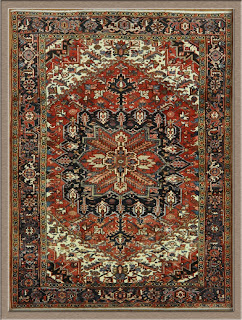 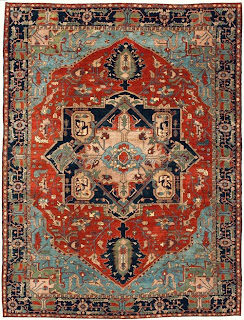 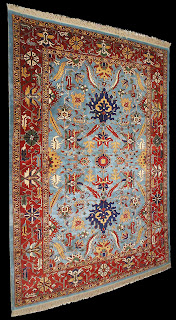 Wow Natalie, those carpets are really wonderful. And the one you have started it looks like very pretty.

Go ahead with it
Hugs
Kike

These rugs are wonderful. I like your new job.
Bye, Faby

It's going to be a beautiful carpet. It's funny because I always start my carpets from the center.
Geneviève

For sure - this background was very interesting to read. Your new project looks lovely so far and I have no doubt you'll have no problem working from the middle to the edge... ;O)