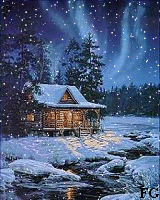 Once upon a time in the winter evening the wind wandered along the street. It was very cold, and he had to blow on hiss own palms not to freeze. From time to time the wind knocked on the windows of the houses that were coming across on his way, but nobody wished to open to him in such weather.

Night has come. There were no lights in the windows, and the wind was walking along the snow-covered streets alone. In time he has come across the house where in one of the windows still the light could be seen and a very quiet and melodious singing was heard. The surprised wind has climbed on a roof and has overhung in a chimney. Singing has became louder. Then the wind has got into a pipe and has started to go down. Near a fireplace he saw a small cricket with big long moustaches. It quietly sang a very beautiful song.

Everything in the house was sleeping, and there was nobody to listen to a cricket’s song - only old floor boards sighed and squeaked. The wind liked a quiet and chirring melody. He has not noticed how has started to dance. And soon he found himself turning on a pipe, picking up flakes of soot and throwing them upwards and towards to snowflakes looking in a flue so these snowflakes became absolutely dirty. The cricket, having noticed that it has a listener, has started singing more cheerfully.

At the dawn the smooth melody has ceased. The cricket has disappeared in a crack in a wall, floor boards did not creak any more but wearily groaned. It was not windy outside anymore. Having a lot of fun dancing all over the night the wind slept in a tree crone waiting till the next night.

If somebody in the house woke up that night and heard the wind rustling in the pipe, he thought: "Well, what a bad weather!".

No, it was just the wind dancing under sonorous singing of the small smiling cricket. 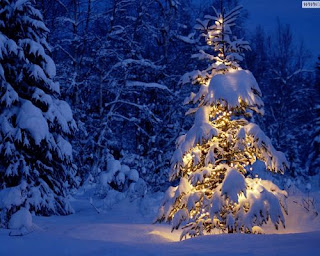 that nice story! thanks! Now, if I hear the wind whistling outside my window, I think that he is dancing to the song of an old cricket .. ha ha!
Caterina

What a beautiful piece of prose! :)