Last April was rainy and cold, but we didn't see it and didn't feel it. Most all the month of April we spent outside of Washington state enjoining warm weather in Utah, Arizona and California. I want to show the pictures of some places we've visited and some things we've seen.

As I mentioned, we left Washington state in rain that was following us through Idaho till we reached Butte, Montana. 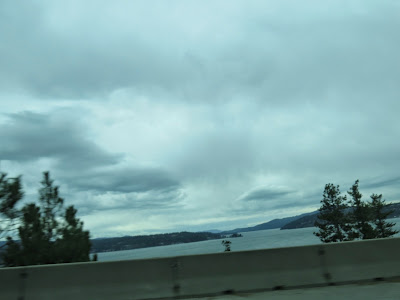 It was hard to see through the windshield, this is how hard it was raining. I almost fell asleep sitting on the passenger's seat listening the kid's radio station when I saw something in the grey picture in front of me, something colorful. I grabbed my camera and took a picture. In the grey mass and sky tears' drops I saw a little rainbow. 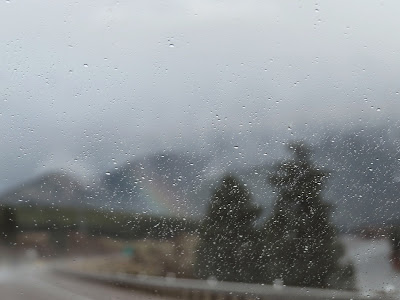 It was growing up with each mile we drove. 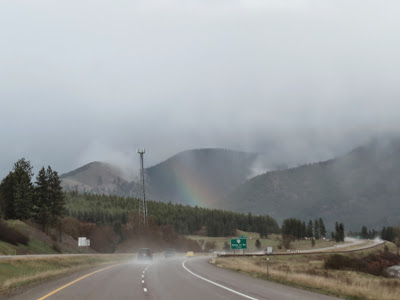 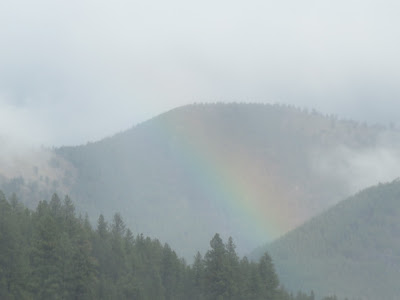 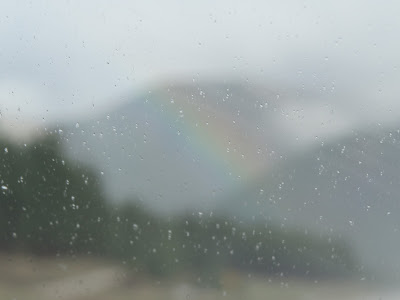 It changed its shape, intensity and length each minute. We literally were chasing it. One minute it was so far from us and 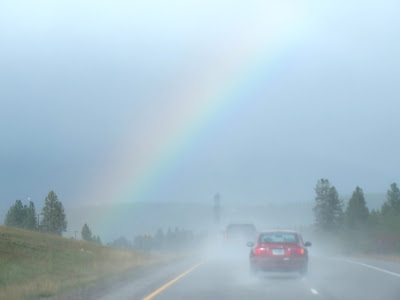 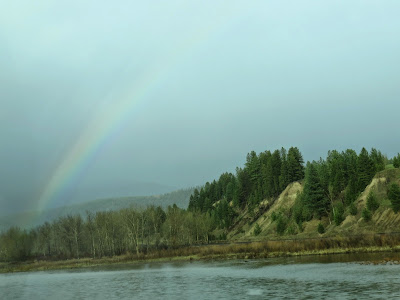 another - so unbelievably close, I thought I would touched it with my hand. 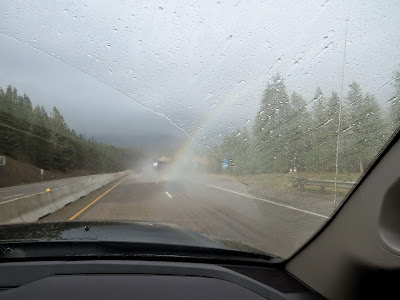 Have you ever had a feeling you are about to touch the rainbow? That was the moment... 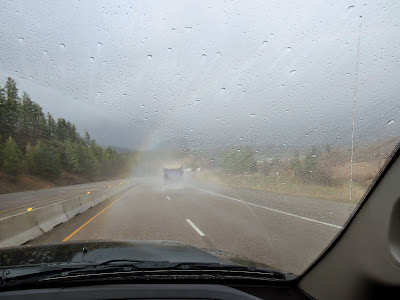 ... and next moment: what has just happened? It was right here!!! Why the rainbow ran away? 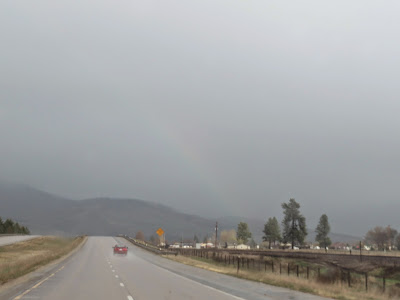 Oh, not a fair! We have to go different direction! May be next time we will catch it. There is always time to chase the rainbow and there is always a hope one day you can touch it!

Email ThisBlogThis!Share to TwitterShare to FacebookShare to Pinterest
Labels: Hiking, Outside of Miniature Life

The elusive rainbow - so beautiful and uplifting.

Dear Natalia,
How lovely, a fabulous series of an elusive rainbow.
We still get excited whenever we see one and I can imagine the conversation in your car as you followed that very special rainbow.
A gift from nature to you - but the special gift is in you that you enjoyed it!
warm regards Janine

I absolutely LOVE rainbows! I have lots of pictures of them and remember that scripture every time.
Thanks for sharing yours!