First Attempt in Sculpting a Male Doll in 1/12th scale

I know that there are a lot of tutorials out there in the Internet how to sculpt a doll in 1/12th scale. There are also books, classes and many other sources.

Since I've stumbled upon www.smartflix.com, I decided to rent a DVD "Sculpting Miniature Dolls" in 1/12th scale in Polymer clay by Evelyn Lenz Flook in spite of the fact that it has only 3 stars. When I got the DVD I understood why it was rated only 3 stars - the promised pattern was missing. Probably somebody expropriated it and SmartFlix service forgot to replace the pattern. So, if you decide to rent this DVD, call them, be sure, they won't forget to put FREE pattern as listed in the description. 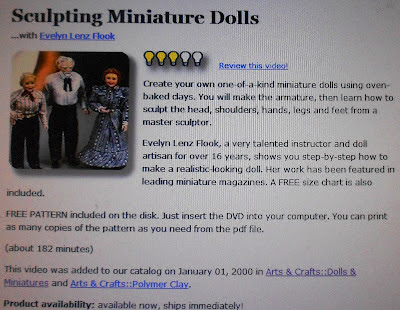 The basic information given in this DVD was simple and useful for me, taking to the consideration that I've never sculptured dolls in my life. I think, now I am ready for more serious work in sculpting a doll. I mean it: MORE SERIOUS! but later about it...

Evelyn Lenz Flook shows the sculpting techniques on making a male doll. When I started the project, I didn't have any idea what "kind of man" I wanted to make. The idea of a character was born as soon as I started working on his head and face.

I made an armature 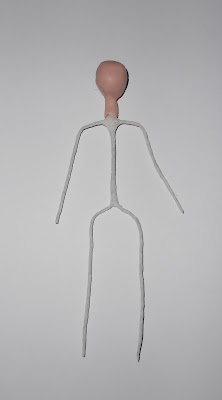 and attached and formed a head 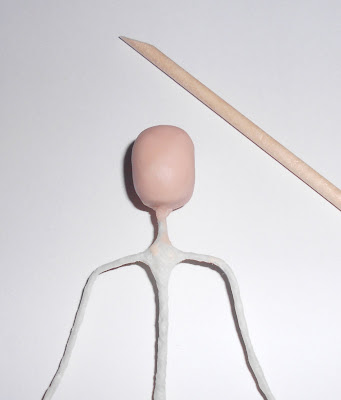 After that I draw lines on the face indicating where the eyes, nose and mouth will be sculptured 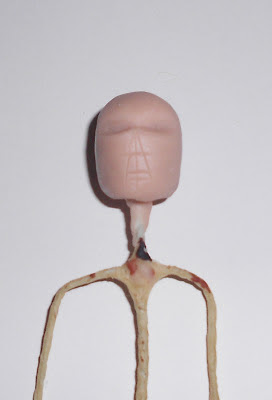 I attached a small piece of clay and shaped a nose 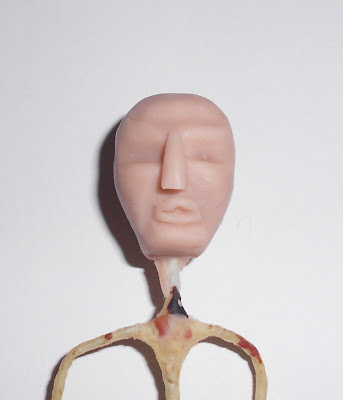 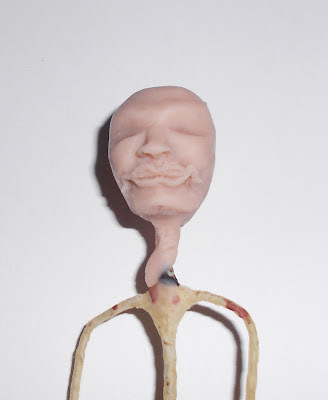 Since I have no idea (yet) how to paint a doll's face, I decided to use already made eyes 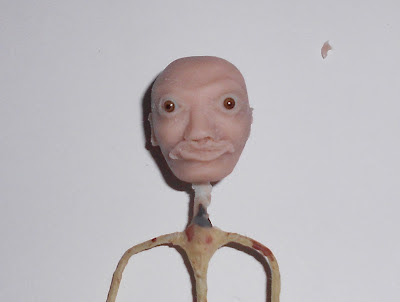 The most fun I got from working on his ears: 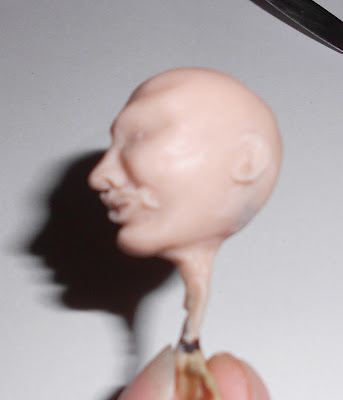 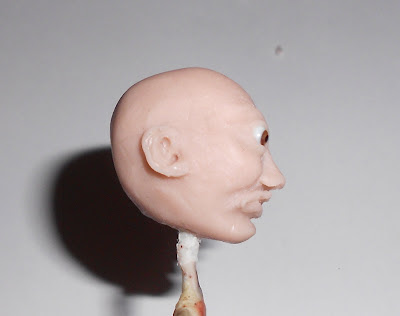 The head is done. Oh, don't tell me he is not handsome. We say in Russia "Мужчина должен быть чуть симпатичнее обезьяны", and it is not an offence, it is a compliment, because not the appearance makes a man man, but his actions. 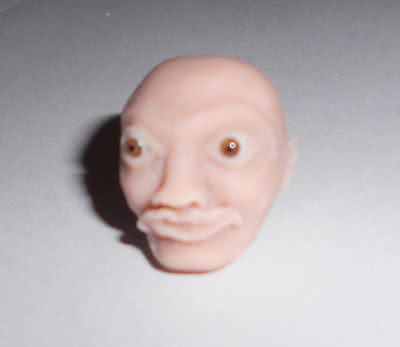 After that I worked on his torso and arms, later I added boots. 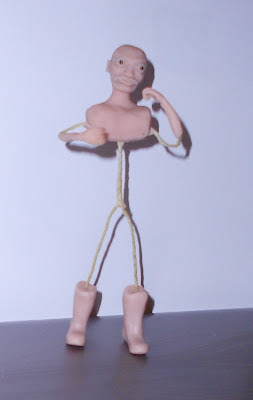 I will finish his body, paint his face and dress. I will show you my gentleman when he is ready to shine!

Have a great and productive weekend!

Email ThisBlogThis!Share to TwitterShare to FacebookShare to Pinterest
Labels: Dolls

Can't wait to see him done! Sculpting dolls is my dream so I am so curious of your attempt.:) Thank you for sharing, Natalia! Good luck.:)

I'm looking forward to your gentleman when he is ready to shine.

Hi Natalia,wow what an amazing work, it is not easy sculpting dolls :)
You did a great job allready,I'm very curious to see him ready !!
have a great Sunday.

Well done on your first effort! It's all about practice that's all - enjoy yourself.

I think this guy shines already - absolutely stunning! It really doesn't look as if he was your first man... eh... I mean first attempt!

He is already looking very handsome! I can't wait to see what else you add! I have been trying to sculpt some dolls and I know how hard it is!

Thank you,everyone, for the comments, he is blushing, will go put pants on him.

Blake, it is hard to sculpt dolls, takes a lot of time and practice. Firs, I didn't want to show him, but you have to start somewhere, true?

I'm looking forward to seeing more of thiss man. I am amazed at what you managed to make , difficult to believe its your first attempt at making dolls. congratulations!
Geneviève